Under-used RAM: Windows 7 PC is only using 2.7GB of its 4GB RAM memory 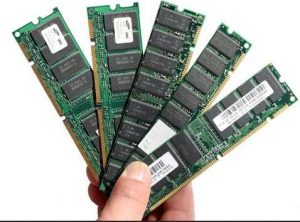 My desktop PC is suffering from a bad case of under-used RAM memory. I have upgraded Windows and the RAM memory on my PC. I’ve installed 4GB of RAM and Windows 7 Home Premium (64-bit version), which is supposed to be able to address 128GB of memory, but only 2.7GB is reported as usable. The PC has an Intel Pentium 4 3.6GHz single-core processor and a DFI LanParty 925X-T2 motherboard with an Intel 925X chipset and a GeForce 8800GT graphics card.

Your DFI old motherboard dates back to 2005 and supports up to 4GB of DDR2 400/533 memory. Here are the motherboard’s support specifications:

Check to make sure that you have memory with those support specifications. Run the Memory Advisor tool on crucial.com (US) and crucial.com/uk (UK) to find out which memory it says is supported by that make/model of motherboard. You no doubt have bought the correct memory and other issues are responsible for the under-reporting.

Memory requirements of 32-bit and 64-bit versions of Windows

2. – The processor must support the x64 – 64-bit – instruction set. (Most processors dating from 2005 do. To find out if a particular processor does, visit the Processors section of this website.)

4. – The system’s BIOS/UEFI setup program must support memory remapping, which allows the segment of system memory previously overwritten by the PCI configuration space to be re-mapped above the 4GB address line. This feature must be enabled in the BIOS. It can be difficult to locate, since, for some strange reason, there is no standard terminology for memory remapping. In the BIOS, look for a memory setting called PAE, Physical Address Extension, Memory Remap, etc. The motherboard’s user manual, downloadable from its manufacturer’s site if you don’t have a paper copy, which explains what the BIOS settings do, might be of assistance. Make sure that it is enabled.

For example, you have 8GB of memory installed on a 64-bit system and the system reports only 3.5GB, that is most likely to be a BIOS setting on your PC’s motherboard plus the system memory reserved to map the memory of the graphics card (more information on that is provided further down the page).

A MS Knowledge Base article relevant to this problem

The information on under-used RAM memory provided in the following relevant Microsoft Knowledge Base article also applies to Windows 7 and higher versions of Windows.

Only a few Intel Pentium 4 (single-core) processors support 64-bit instructions. Fortunately, yours, one of the last Pentium 4 CPUs made, using the Prescott ‘F’ core, does. However, memory mapping remains a problem. With modern versions of Windows, such as Windows XP, Windows Vista and Windows 7, large areas of memory between 3GB and 4GB are reserved for system devices. The processor and other peripheral devices can communicate with other devices by reading and writing memory addresses into these reserved areas.

If your hardware and software were all 64-bit compatible, this mapping problem becomes less significant. It looks as if your motherboard’s BIOS doesn’t support memory mapping or the feature is disabled. If you can’t find the option, look for a BIOS update on DFI’s website. The current version’s ID is provided on the startup screen if it is the one that provides a memory count, not the computer-manufacturer’s logo. The free Belarc Advisor from belarc.com provides the BIOS/UEFI version. If there is a higher version, you might be in luck.