You are here => Home => Use smartphones without SIM – Apple and Android 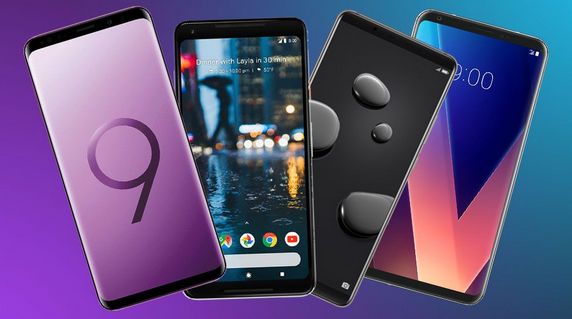 Difference between smartphones without SIM card and a SIM-only deal

Using smartphones without SIM card. – When you buy a SIM-free smartphone, it comes without a SIM card. You buy a SIM-only phone deal from a mobile service provider that provides the SIM card for it. The SIM card makes the connection to the service carrier possible. Some smartphones can run two SIM cards, which means running two phone numbers on the same phone. If that is the case, you set how the two numbers are in use in the phone’s settings. Some advanced phones even allow you to use both numbers at the same time. Most of them also allow the addition of a microSD storage card for additional storage. Smartphone users can play its games and listen to music on the  internal and microSD storage just as they would use an iPod.

Adding external storage in the form of a microSD card

If the smartphone that you want to use without a SIM card only has 16GB or 32GB of internal storage, which includes the operating system (iOS, Android), you can add as much external storage as the phone accepts by installing a microSD card. For example, the Nokia 5 accommodates microSD cards up to a maximum capacity of 128GB. At the time of writing, the available capacities of microSD cards were from 2GB to 1TB (1024GB).

The Class of the SD card

Most smartphones allow the user to transfer everything on to the microSD card. Find out how to do that in its settings. The phone’s user manual should provide the information that you need. (Note that inexpensive smartphones usually provide their user manuals as downloads from their manufacturers’ websites.) Moreover, microSD cards are much faster than others. You would need to choose the fastest type if you want to run everything from it. Read the following article for information on the different types of SD cards that includes the microSD cards that smartphones use.

How to choose an SD card: Class and speed ratings explained –

Believe it or not, if you have a good, consistent Wi-Fi connection that is fast enough to carry phone calls,  it is possible to get rid of your paid-for mobile phone plan and use your Android smartphone without a SIM card. In other words, if a phone call is not passing through an operator’s network and is using the Internet then a SIM card is not required.

A Wi-Fi call or text message does not pass through a mobile-phone operator’s network. Unless, that is, you use the Wi-Fi Calling feature that most service providers provide. If you use that feature, you won’t have to use an app. Moreover, if it is set up and then you move outside of your Wi-Fi connection’s range, the connection will continue by using the mobile carrier’s service instead. Watch the following video on Wi-Fi Calling on an Android phone for more information.

Note that you should always check the coverage of a mobile service provider because it can vary from service to service in the same area. For example, using a SIM card from EE I could not get any 4G coverage outside or inside. EE’s website said that the 3G/4G coverage was very weak at my post code and gave it only one bar of signal strength. However, O2 said that its 4G and mobile broadband coverage at my post code was good inside and out, which turned out to be the case. EE no good at all; O2 very good at the same place.

Best to use old smartphones without SIM

Note that you can use an Apple or Android phone instead of a PC, a tablet, an iPod, a handheld GPS Sat Nav and even as a remote control. Nevertheless, you will probably only want to use an old Apple or Android smartphone without a SIM, That phone could be any capable 4G smartphone that is four or more years old. For example, in May 2021, you could still buy a brand new Nokia 5.0 4G Android smartphone that was first released in 2017. That is probably because Nokia was still supplying them brand new to India and Africa.

Wikipedia : 4G [the fourth generation of smartphones]  was first commercially deployed in Norway and Stockholm in 2009 and in the United States by Verizon in 2011 in their newly acquired 700 MHz band.”

You use Wi-Fi for most of what you do with your smartphone in any case, leaving a SIM-card connection with hardly anything to do. However, the one requirement apart from using the necessary apps, is a reliable Wi-Fi connection in order to access the Internet that is fast enough to carry calls.. If you don’t have one, you can try using a long-range router or a Wi-Fi booster/range extender.

The Google Play Store provides several apps that allow you to send messages, make phone and video-chat calls. None of which require a SIM card or a mobile service provider, such as EE, O2, Vodafone, Verizon, AT&T, T-Mobile, etc.

Note that the people who you are calling must be using the same app that you are using or they won’t be able to contact you. Fine if your friends and family use the same app, but doing business would also require that the businesses that you contact also use the same app. Unlikely given that businesses use the major mobile and landline phone network providers.

You can use the popular WhatsApp without a SIM. However, bear in mind that Facebook owns it and shares its data with that globalist outfit. Therefore, it does not have complete end-to-end encryption and your data is not private.

“WhatsApp does still utilize end-to-end encryption, but it collects more metadata on you than apps like Signal. WhatsApp’s encryption doesn’t protect you from that kind of data collection – and all that metadata now gets shared with WhatsApp’s parent company Facebook.” April 2021 – Howtogeek.com.

Is WhatsApp End-to-End Encrypted, and Does That Matter for Privacy? –

Those abandoning WhatsApp are turning to Signal and Telegram

Apparently, most of the people who are leaving WhatsApp due to privacy issues are choosing to use Signal and Telegram instead. Of those two apps,  Signal appears to provide better security. But, if privacy is important or essential to you, do thorough research before using an app.

Using the calling feature of Facebook’s messenger and Google Voice

Users can make calls via the Internet by using Facebook’s calling feature that is part of its stand-alone messenger app,. As you should know, Facebook collects information about everything that takes place on its website.

Alternatively, if you live in the USA, you can use Google Voice. –  “A smarter phone number. A Voice number works on smartphones and the web so you can place and receive calls from anywhere.” – Currently (May 2021), it requires a US phone number.

It is even possible to port your old number into Google Voice. The only constant requirement is a reliable Wi-Fi connection, which is possible even while you are travelling. Unfortunately, Google collects data from most of the web because it serves adverts to most of the web and is still the most-used search engine. Apparently, it keeps all of the searches anyone makes using it. Read the following article for more information about the user-privacy that Google practices.

Read the following article on this website about using the Your Phone app in Windows 10 that integrates Win10 with an Android phone that the app supports.. – “Link your Android phone and PC to view and reply to text messages, make and receive calls*, and more – all right on your PC.”

Why Win10/Android phones are the best match for Windows 10 users, not iPhones –

What does Google know about me?

What does Google know about me? –

In short, you should not come to the conclusion that your privacy is safe if you use a smartphone via Wi-Fi instead of using a SIM that a mobile service provides. That is because you are using the regular web, which is not to be confused with the Dark Web.that the major search engines do not index.