Why Win10/Android phones are the best match for Windows 10 users, not iPhones 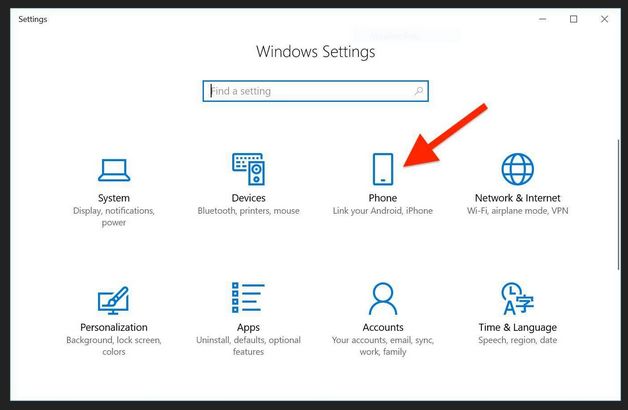 Understandable from a competitive point of view, Windows 10 caters most for Android smartphones instead of Apple’s iPhone. Indeed, for that reason, the future of Windows 10 itself depends on Android. Apple’s iOS operating system runs iPhones, which operates an exclusive   “walled garden”  system. Consequently, the Your Phone app , which comes with Windows 10 or is available from Microsoft’s Store is tied to Android. The app supports iPhones technically, but Microsoft does not list them as supported phones.

Android 11 was the latest version in January 2020.

The Best New Features in Android 11 –

See Which Apps Can Access Your Location on Android  –

Using the Your Phone app allows you to access the recent photos that you store on your phone on your Win10 PC. You can send and receive SMS text messages from your PC, access your phone’s apps and even your phone’s home screen from your PC. Moreover, excellent Office 365 integration is available.

SMS texting or calling from your PC

Synchronisation takes place automatically between Win10/Android phones, so there is no need to worry about missing anything while using your PC. Why text from a phone when you can use the keyboard of a PC to do the texting when you are at home?

Placing calls and interacting with the phone’s home screen are newer, more advanced features. Unfortunately, those features are currently (December 2020) limited to a small range  of recent Android phones – the Samsung Galaxy Phones and OnePlus phones. Moreover, currently, Your Phone only links to a single phone at a time. No doubt, a situation that will change some time in the near future.

The system requirements of both Win10 and Android are as follows:

3.  – Interacting with your phone’s screen from your PC:

No need to use a cable to transfer photos to your PC. Just press the “Photos” button on the desktop app to access your phone’s Gallery. Once done, you can also drag and drop photos between devices or delete photos on the phone from your PC.

An Office 365 subscription provides many features, such as plenty of OneDrive online storage space, access to Microsoft’s professional apps and the Microsoft Teams messaging service. All the better now that any Android phone (that meets the system requirements listed earlier in this article) provides  synchronised Office 365 integration.

Using the all-in-one Office mobile app makes it a simple matter to view or create Word documents, spreadsheets and slideshows on your phone. The app connects directly to OneDrive and Microsoft Teams. Retrieve files that you create on your PC  or share documents with co-workers. Moreover, OneDrive and Teams have dedicated Android apps. Use them to communicate with co-workers, back up files and share photos, etc.,  as you move between using your Android phone and your PC.

Read the following article for more detailed information on Your Phone

Prevent “Your Phone” from opening at startup in Windows 10

If Your Phone keeps popping up at startup and you don’t want it to do so, you can disable the Your Phone pop-up.

You just have to click anywhere on the Win10 taskbar. Select Task Manager in the menu that appears.

Next, open the Startup tab and find and select the entry for Your Phone in the list of startup

programs. Finally, click the Disable button, as shown in the image below.

Disable Your Phone pop-up in Win10