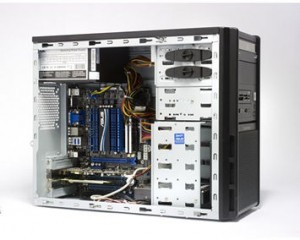 If you build a new desktop PC and you own a retail Windows license for an old old desktop or laptop computer, you can transfer the license to the new one. For example, the old PC might be worth less than the cost of a Windows license or you might want to keep using it but running a distribution of Linux instead, making the transfer worthwhile. If you want to sell the computer with an installation of Windows, you should format the hard drive to remove your programs and files, obtain the latest ISO image from Microsoft and install it. That way there the new owner will have a clean installation and there would be a minimal number of updates for Windows Update to install.

However, the new PC would have to have a Windows 10 license, because the latest AMD and Intel processors only support Win10. Moreover, it must be a retail not an OEM Win10 license. When you buy a brand-name computer (HP, Dell, Mesh, Cyberpower, etc.), unless you choose a model without an operating system, it usually comes with a Windows 10 Home or Pro edition installation, which has an OEM (Original Equipment Manufacturer) license, the product key of which is usually embedded in the computer’s hardware.

You cannot transfer an OEM Windows license to another computer

It is not possible to transfer an OEM Windows license to another computer. It ends when the computer comes to the end of its life. If you buy a Win10 license, it is usually a retail copy – an Upgrade or Full version – that you can install on any number of computers as long as only one of them is in use. As a system builder, any individual can buy a less expensive Windows OEM licence. An OEM copy of Windows has the letters OEM in its product key. The initial successful Product Activation process takes a snapshot of the system that is using an OEM copy of Windows. If an attempt is made to install that copy on a system that does not match that snapshot, it will not activate.

You can use slmgr command, by entering it in a Command Prompt window in front of its prompt – C;\Users\Me>slmgr – plus the required switch – to achieve several outcomes, just one of which is to transfer Win10 license to a new or just another computer. For example, entering slmgr /dli displays the computer’s current activation and licensing information. If you cannot get Windows to activate, entering the slmgr /ato command might activate Windows.

The image below shows the information that displays when entering slmgr at a Command Prompt that has Administrator privileges.

To achieve that in Windows 8.1 or 10, right-click the Start button or press the Windows key (that has the Windows flag on it) plus the X key. Next, click the Command Prompt (Admin) option in the menu that appears. To achieve that in Windows 7, enter cmd in the Search box, right-click on the cmd.exe link that appears at the top of the box and choose the Run as Administrator option. 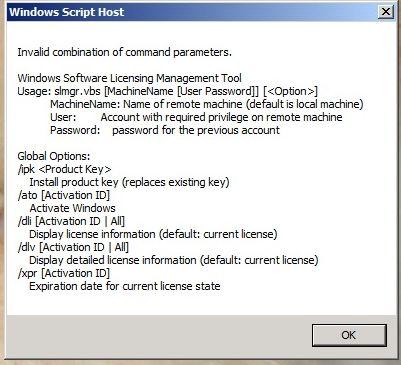 Some of the command-line switches of the Windows Software Licensing Management Tool, slmgr.vbs

You can also use the slmgr command and its many switches to achieve several other outcomes. Keep reading this article to find out how to use slmgr to deactivate Win10 on one PC and transfer the license to another PC. To find out what its other switches are, read the following article.

How to Use Slmgr to Change, Remove, or Extend Your Windows License –

2. – Note that Windows 7 and Windows 8.1 product keys have always been able to activate Windows 10, but that cannot be done using the slmgr command.  You must use the standard activation process.

3. – If you attempt to use a retail product key that is still in use on another computer, it might work at first. However, sooner or later, the activation will fail and you’ll see notifications telling you that the copy of Win10 is not genuine and needs to be reactivated with a genuine product key. Win10 will continue to function unactivated, but with some features disabled.

How to deactivate a computer using slmgr

First, obtain the product key of the installation  of Windows 10 on the computer. If you don’t have it with its DVD or saved, you can use the free Belarc Advisor from belarc.com to tell you what it is.

Next, open a Command Prompt by clicking on the Start button and type cmd into the Search box. Click on the Run as administrator option that appears to the right.

The product key should no mo longer be activating Win10. Windows still works but as an unactivated copy.Some features won’t work, such being able to personalise the Desktop.  If anyone, such as a new owner of the computer, wants all of the features to work, he or she will have to buy a new product key. You can use the slmgr command to activate the new key by using this command – slmgr.vbs /ipk #####-#####-#####-#####-#####. The four groups of #### represent the product key.

Remove the product key from the Registry

After the license has been deactivated on a PC, its Windows Registry will still have a record of the product key that can be recovered. Therefore,as an extra measure to protect the key, you should remove it from the Registry by using the slmgr.vbs /cpky command at the Command Prompt. A confirmation message will come up saying: Product key from registry cleared sucessfully.