Tablets and smartphones connect to a network using Wi-Fi or a USB cable. If you want to network two or more desktop and/or laptop computers in your home or office, it would be the best choice to use wireless Wi-Fi equipment and a router (or broadband modem router if you want to connect the network to the web) instead of Ethernet cable connections to a router/modem router or old-fashioned cabled equipment that links computers together without a router.

Why? – Because the slowest wireless connection speed using 802.11b Wi-Fi equipment is 15 to 20 times faster than a reasonably fast broadband ADSL or cable connection to the Internet and wireless technology has advanced to the point where it is now reliable and it’s a relatively simple matter to set the equipment up. The subsequent 802.11g, 802.11n and 802.11ac Wi-Fi wireless standards were made available (were ratified by the IEEE Standards Association), in that order, and all of them are faster than their predecessors. Moreover, you can move the computers from room to room without having to lay cables and then relay them if you want to move the computers. If you move house, you wouldn’t have to remove the cables, just the equipment.

The only home users who would opt for a cabled Ethernet connection to a router/modem router instead of using wireless connections are those who want to play the latest multi-player games across a network, or those who require the much faster data-transfer speeds or level of security that cabled networks provide.

The modem router is itself connected by a cable to the landline phone connection. A filter, usually built into the cable, separates voice calls from broadband access, which use different frequencies on the same line. Some Powerline adapters can also allow an electrical plug to be plugged into them so that the mains outlet can be used by other electrical devices. Note that the adapters should be plugged directly into the mains not connected to the mains by an extension cable, the doing of which can cause connection problems. 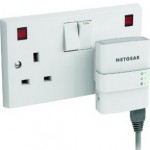 Netgear Ethernet Powerline adapter plugged into the mains electricity supply. Click on the image to view its full size

Wireless connections have to use encryption to make them secure

Wireless connections have to use encryption to make them secure; cabled networks do not require encryption because they cannot be accessed unless a computer is physically connected by cable to a network. That said, the latest cabled networks linked to a router or linked together by network cables are still considerably faster and are far more secure than wireless networks.

Cabled connections using Cat5/6 cables are not used much these days, but I will provide the following limited information about them.

To create a standard cabled computer network requires having a hardware Network Interface Card or Controller (NIC) installed on each of the computers that are linked by two types of  network cables – Ethernet or Cat 5/5E or Cat 6/6A/6E cables. The 10BASE2 standard uses Cat5 cables. Cat6 is the type of cable that provides the fastest Gigabit Ethernet connection (1000BASE-T/1000BASE-TX0GBASE-T), transmitting data at a rate of a gigabit per second (1,000,000,000 bits per second).10Gbit/s connections (10GBASE-T) are possible, which is ten times as fast as Gigabit Ethernet. Note that theoretical data-transfer speeds are seldom if ever achievable in practice over cabled and Wi-Fi network connections.

With 10Base2 (or Thinwire Ethernet as it formerly used to be called) if one PC is turned off then all that happens is that you can not connect to that one PC, all the others are fine and can communicate between themselves normally. It is only if the cable between the PCs becomes broken that the network fails. The greatest distance you can have between the terminations on either end of this daisy chained cable is 185m. The 2 in 10Base2 is derived from the fact that this is close to 200m. The original Thickwire Ethernet Cable (usually yellow) is known as 10Base500 because it could have a maximum segment length of 500m.

The hardware interface is currently provided by either PCI or PCI Express (PCI-E) Network Interface Cards (NICs) (The ISA standard is no longer in use.). See the image of an PCI Express Ethernet 10/100/1000Mbit/sec NIC below, which fits in a free PCI-E  x1 slot on the desktop PC’s motherboard. It fits in the shortest PCI Express ×1 slot, so the motherboard must have one. The NIC looks keyed not to fit into any other size of PCI-E slot (the blank green protrusion beside the two real gold-coloured connector edges.

Ethernet hubs were usually used to connect more than two computers, but were replaced by network switches that can handle a fast (1000Mbit/sec plus) Ethernet network. 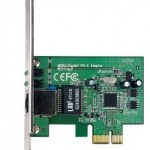 The image below shows a PCI NIC card that can be connected to by using a Cat5 cable (top) and an Ethernet cable, both with a connection speed of 10 or 100 megabits per second (Mbit/sec). Gigabit network cards work at 1000Mbit/sec and use Cat6 cables . The PCI combo card – also known as an Ethernet card – made by Linksys that fits in a PCI slot on the motherboard. The BNC port (for the old technology using T-pieces) is the one that sticks out. The image of T-piece, shown below, connects to it. The port for an RJ-45 jack (10BaseT technology) appears under it.

The image below shows a connector that uses Cat5 network cables between two or more computers to form a network. Each end of the network has to be terminated by using a removable terminator. The network then knows where it ends. To add another computer requires removing the terminator and connecting a Cat5 cable between the new computer and the one at the end of the network and terminating the new computer’s connection. A gigabit network requires gigabit Cat6 cables and NICs that support 1000Mbit/sec. Cat5/6 networks are still in use but most homes use Ethernet cables extended using Powerline adapters and Wi-Fi, which can also be extended by using Powerline adapters, range extenders and Wireless Access points, etc.

All of the Category cables can be purchased pre-packed, or can be custom-made by any good computer shop. The image above is a packet containing a length of Category 5 (Cat5) cable that has RJ-45 connectors on each end.

Laptop PCs can’t connect to Cat5/6 network cables unless they have an NIC that provides the required connection port, which home laptops don’t provide and cannot be made to provide via an adapter card. A laptop usually has a single Ethernet port that is connected to the network via an Ethernet cable that is usually connected to a router or modem router. A modem router is required for an ADSL broadband telephone-line connection. A dedicated router is used to connect computers to the network via Ethernet cables or wirelessly by using Wi-Fi. To use Wi-Fi, a computer must have a wireless adapter card or Wireless network interface controller (an 802.11 WNIC USB dongle) of the kind shown in the image below, larger than its actual size – an 802.11ac adapter – connected to a USB port. 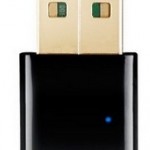 The Asus USB Wi-Fi dongle shown above supports WPS – Wi-Fi Protected Setup – that allows wireless devices to be added by pressing a button on a router that supports WPS. There are security implications of leaving the WPS feature enabled, so, if possible it should be disabled in the router’s web-page-based configuration page and enabled when required to add a device, such as a tablet PC.

Wi-Fi Protected Setup (WPS) – https://en.wikipedia.org/wiki/Wi-Fi_Protected_Setup
A wireless PCMCIA network card can also be used to connect a laptop computer to a wireless network, or to a wired network that has a computer on it which has a wireless network adapter installed on it. These cards require a long PCMCIA slot, which new laptops do not provide and have been superseded by wireless USB dongles. I can only find new and used PCMCIA cards that support the 802.11g standard online. See the image of one below that is smaller than its actual size.

The image below shows the configuration webpage of a broadband modem router. The router’s user manual provided by the ISP that supplied it provides the login information – usually a username and password – that uses the default ones but which can and should be changed (customised) by the user once logged into the configuration page. Keeping the default configuration-page login information can allow skilled hackers to gain access to the network because it works on all the routers made by a particular manufacturer. 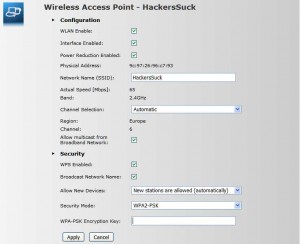 Section of a modem router’s configuration page showing WPS enabled. Click on the image to view its full size

The Physical Address is the MAC Address, explained below. The Network Name (SSID), HackersSuck, is the customisable name that the router broadcasts. It identifies the network to anyone who searches for local networks within range of the router and can usually be disabled, which makes finding the network more difficult.

The image below is of the configuration webpage of a Linksys modem router.

The configuration webpage of a Linksys modem router showing the SSID setting. Click on the image to view its full size

The user has to have encryption security enabled (Security Mode and WPA2-PSK Encryption Key) or the network is not secured and can be used by anyone whose mobile computer finds and is made to log into it. With encryption enabled, to gain access to the network, a user has to enter the Encryption Key setting manually, which is really just a password, which should be a strong one. WPS Enabled is the setting that allows a new Wi-Fi device to be added by pressing a button labelled WPS on the router. Not all routers support WPS. WPS should only be enabled when adding a wireless device to the network that won’t ask for the encryption key to log on and should be disabled after the device has been added, because having it enabled is a security weakness. Once a device has been added it stays added until removed manually. 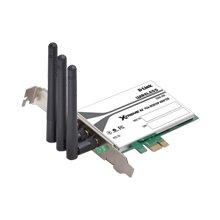