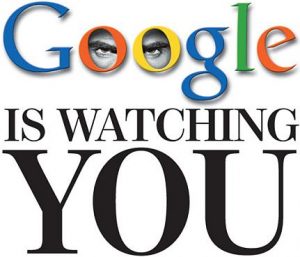 “We believe the customer should be in control of their own information,” Tim Cook, Apple’s CEO, said this week. “You might like these so-called free services, but we don’t think they’re worth having your email, your search history and now even your family photos data-mined and sold off for God knows what advertising purpose.”

He added: “I’m speaking to you from Silicon Valley, where some of the most prominent and successful companies have built their businesses by lulling their customers into complacency about their personal information,” he said. “They’re gobbling up everything they can learn about you and trying to monetise it. We think that’s wrong. And it’s not the kind of company that Apple wants to be.”

The Google Photos app available for use via a Google account that offers unlimited photo storage, synchronised across devices – smartphone, laptop, desktop and tablet PCs. The most worrying aspect to me is that is uses advanced recognition software to categorise images, organising them into friends, family, pets, work, outings, etc., allowing them to be shared via link or Facebook, Twitter, G+, etc.

If you use it, you are providing Google – and probably the US National Security Agency (NSA) – with plenty of very useful information about your habits, where you go, your lifestyle, your friends, relatives, acquaintances, pets, cars, housing, etc., etc. It would be a simple matter for Google’s supercomputers to identify all of the information in your images, including you, your relatives and friends, even addresses if it has already collected information about them from elsewhere, such as from the social sites, Facebook, Twitter, G+, Snapchat, etc., and add it to the personal profiles that it builds up on all of its users with a Google account and even people without Google accounts.

Google can do this without asking for permission from your family and friends if you have uploaded images of them to this service. Just be agreeing to the terms and conditions that you have to agree to in order to use the service, which very few people bother to read, you are giving Google permission to analyse the data as it sees fit, which, in my opinion, is yet more unscrupulous behaviour from Google, which has a very long history of being unscrupulous, including channeling its earnings worldwide through tax havens from the countries in which its income is earned, mainly from advertising. For that reason, I won’t be using the service because I value my own privacy and I’m sure that my relatives and friends would not appreciate the fact that I am providing Google with information about them.

One image no doubt tells Google more about you than a thousand words. I have just been reading the available reviews about this new photo service on the web and very few of them say anything about the invasion of privacy issue. Here is an article that mentions it.

Google Photos: How big a threat to Apple? –