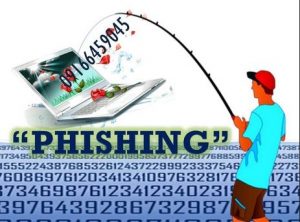 Phishing fraudbusters can get your money back

When the customers of banks and other financial sites have been conned into providing login information and access codes supplied by a machine in their possession or via a phone and suffer financial loss, they can be refused compensation. They won’t get any of their money back no matter how sophisticated the scam is.

Unfortunately, believe it or not, the police cannot be forced to track the fraudsters and won’t most of the time. Moreover the banks that set up the fake bank accounts that the fraudsters use to accept the stolen money cannot be held liable for losses. A state of affairs that must change. Banks must be forced to check the information that they use to create bank accounts. No fraudulent bank accounts, no scams. For example, the authenticity of the utility bills the banks ask for to prove identity must be checked with the utility companies.

Phishing scams have grown in sophistication

Straightforward phishing scams involve getting web users to log on to fake sites using their login information for the genuine sites.

Unfortunately, phishing scams have grown in sophistication. All the same, apart from the SIM-card-swap scam, you have to be a bit of a twit to be taken in by any of them, in my opinion. Read the following article on some of them.

The fraudbusters who can get your money back

Here is usable information about one UK fraudbuster and his associates. He cannot come out into the open because he would soon become a target of the fraudsters, but he can be contacted. The charge is 10% of the money recovered.

He and his associated scour websites, such as eBay, Autotrader, Gumtree, etc., for suspicious-looking sales. They find out from them what the sellers’ bank accounts are and then submit their findings to the banks. If a bank fails to act on his request, either by re-verifying the account or suspending or blocking it, that bank can be forced to return any stolen money if that account is subsequently used in a scam.

Comment: “I was stupid and foolish enough to be taken in by an eBay scammer just over 18 months ago. I lost £7800 for a motorhome that didn’t exist. The next day, Sunday morning, I phoned my bank to say I had a nasty suspicion I’d been scammed. They did nothing. I reported it to the police and action fraud but by then it was too late to do anything. I thought all was lost and that I had finally hit a dead end. Then my mother in law heard Buster Jack on Radio 4 (Moneybox Live) and I started to frantically search for him online. Eventually I found him on Facebook and made contact. After gathering ALL the information necessary, and thoroughly analysing my case, Jack agreed to take it on. He warned me I was in for a wait. That was April 2017. A year after the scam happened. Then in early September I got a call from Jack. ….and I practically screamed with joy and excitement at the news .. the money had been repaid IN FULL and with interest! Jack deserves a knighthood!!!!”