You are here => Home => Comparing Microsoft and Lenovo Windows 10 tablets 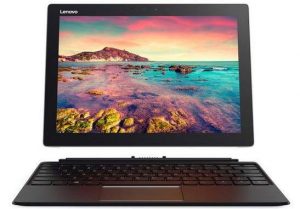 Windows 10 tablets that come with a detachable keyboard, such as Microsoft’s Surface Pro models, are really small, ultra-portable laptop PCs capable of running office applications and other heavy-duty software. Not the case with most tablets that use the far more limited Google Android operating system.

Microsoft is not the only manufacturer of Windows 10 tablets. Other major manufacturers, such as China’s Lenovo, are competing strongly with Microsoft in that market.

Both Microsoft and Lenovo are set to launch new Win10 models in 2017. For Microsoft, it is the Surface Pro 5 and for Lenovo it is the Miix 720. Specifications of the Miix 720 are available ahead of the April 2017 launch date. No specifications are available for the Surface Pro 5, not even a launch date, also expected by insiders to be some time in the spring of 2017.

The cost of both tablets should start from around US$1,000.00. If you are going to pay that much for a tablet, a few hundred dollars either way is not going to matter much. What you want is the best tablet for your money.

Note that a single USB Type-C (USB-C) port (also known as USB-C) can connect up to 6 peripheral devices via a docking station, USB hub, daisy chaining devices, using adapters, etc. The Lenovo Miix 720 only provides a single USB-C port (no other USB ports). Apple’s iPad tablets also only provide a single USB-C port. Note that Thunderbolt 1 and 2 use the same connector as Mini DisplayPort (MDP). The latest version, Thunderbolt 3, uses only a USB Type-C connector.

The image below shows a USB-C Gigabit Ethernet network adapter (£30 in January 2017). Use it to connect the tablet to a router that provides connections to broadband Internet and other computers by Ethernet or Wi-Fi. Other adapters, such as those that connect to DVI and DisplayPort monitor ports, are available. 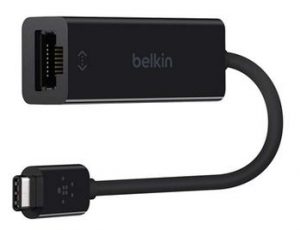 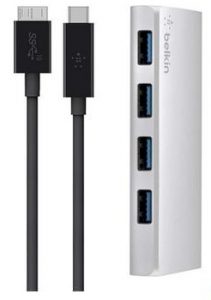 Depending on its prices, if Microsoft uses the latest Intel Core Kaby Lake processors, DDR4 RAM memory, provides a USB-C port and improves the battery life in the Surface Pro 5 models, they will hold their own or be a preferable purchase to the Lenovo Miix 720 models.