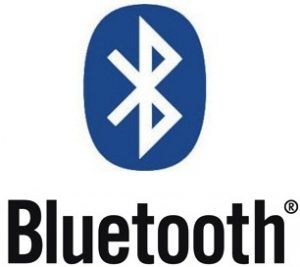 Bluetooth problems are mostly to do with wireless connectivity issues between the devices and the computer that is using them.

Bluetooth has a relatively short working range, which makes it less susceptible to electronic interference than is the case with 802.11 wireless systems.

Bluetooth security has been improved a great deal since Bluetooth first became available, but it is still a cause of concern.

Bluetooth wireless protocols have improved since first becoming available. It is now an ideal way of connecting small devices. By 2014, the Bluetooth protocol was up to version 4.2.

Bluetooth is faster, provides improved security, increased range (up to 300 feet) and is even powerful enough to handle streaming music and HD video. Version 4.0 was released in 2010. It provides support for both high-performance and low-power applications. Bluetooth can be added to a PC via simple USB adapters.

Windows 8.1 and Windows 10 provide built-in support for Bluetooth. It can be added to earlier versions of Windows, which don’t provide native support for it, by making use of a cheap USB/Bluetooth adapter. Here is an article on how to add a Bluetooth device to Windows Vista and Windows 7, which differ from each other:

Why isn’t Windows finding my Bluetooth or other wireless device? [Windows 8.1] –

Windows 10: The following click path gets you to the Bluetooth settings in Win10 – Start => Settings => Devices => Bluetooth.

For less than U.S. $20, tiny, state-of-the-art Bluetooth 4.0 adapters, made by manufacturers such as IOGEAR and Medialink, are available that are backward-compatible with previous versions of Bluetooth. Moreover, the adapters can be upgraded to the latest version of Bluetooth by upgrading their firmware if it is made available for a particular device from the device-manufacturer’s website.