Internet connection speeds can be increased to the maximum possible for your equipment if you can use Ethernet network cables to connect to a router instead of using the router’s Wi-Fi capability. This is because wired connections using the latest Ethernet cables are always faster than using the best Wi-Fi standard (currently Wi-Fi 6 (also known as 802.11ax).

Note that there are now thinner RJ-45 cables available that have the description of snagless and patch cables. More about them at the end of this article.

Ethernet cables as the cause of network/broadband problems

Ethernet cables can become faulty for a number of reasons. A faulty cable can cause problems, such as a slow or dropped connection, that might be overlooked as being the cause.

Is Your Ethernet Cable Faulty? Signs to Watch Out For –

With Ethernet cables, the connector on both ends of a cable are the RJ-45 male version, while the RJ-45 sockets found on the devices themselves are RJ45 female version. The two male connectors on the cable  plug into the female ports on the two devices (e.g., router, motherboard).

Any single Ethernet cable uses an RJ-45 connector at both ends that clip on to the ports on both devices.

If you don’t hear a reassuring click when you push the connector into a port, such as the RJ-45 LAN port on the motherboard (shown as number 5 in the image below) ports panel of a motherboard), there is something wrong with the connector itself or the motherboard’s LAN port. In this case, the device that the other end of the Ethernet network cable connects to is a broadband wireless router that provides four or more Ethernet ports. 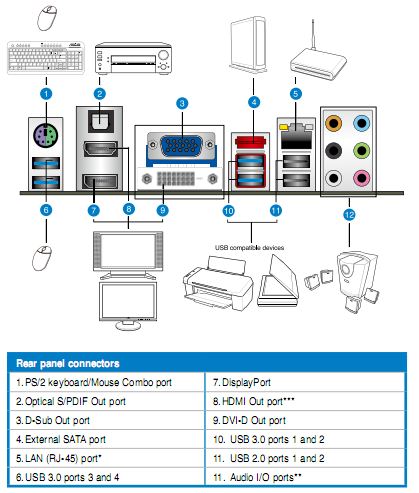 A Guide to RJ45 Connectors – 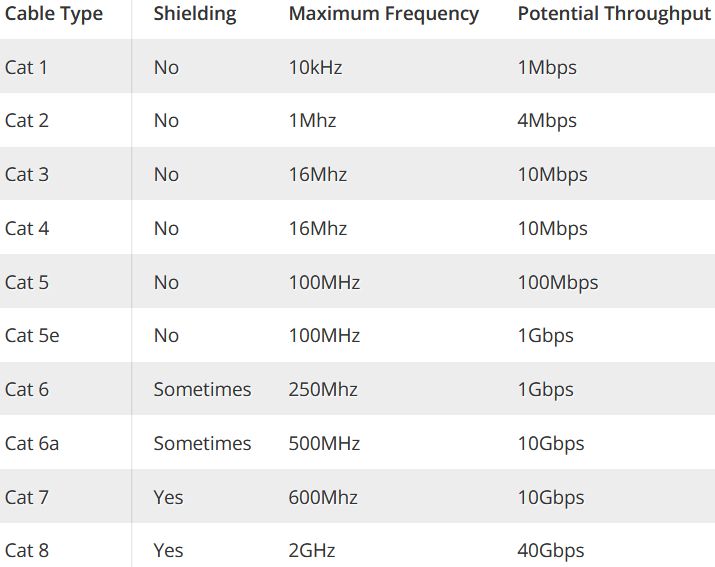 Amazingly, in spite of the advances in speed (frequency) and complexity, the current high-end Cat 6 to Cat 8 cables remain backward compatible.They all use the RJ-45 connector on both ends. Which means that you can use any of them and your setup will work. Of course, if,say, you have an ADSL Internet connection that works at a maximum speed of 20 mbps (megabits per second), it will still work with a Cat 8 cable that has a maximum potential throughput of 40 gbps (gigabits per second), but it won’t work any faster than 20 mbps. You would need a gigabit Internet connection in order to make use of the gigabit throughput of an Ethernet cable.

What Is Gig-Speed Internet? – https://www.tomsguide.com/us/gig-speed-internet,review-5134.html

Blow is a link to a video in which the PC tech, Carey Holzman, shows the new types of Ethernet cable.

Ethernet networking cables have changed! And they are so much better now! –